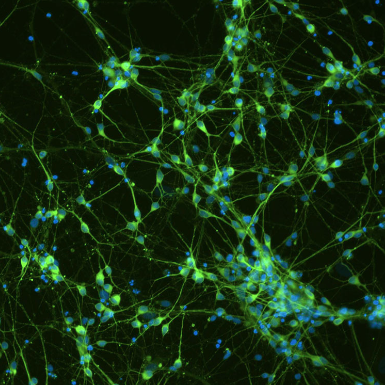 Alzheimer Disease (AD), where the damage of the brain cells occurs throughout many areas of the brain, is still considered as sporadic with uncertain etiology. In terms of molecular pathogenesis, an abnormal accumulation of misfolded amyloid beta (A) protein aggregates which disrupts all the normal neural communication. Owing to the aging of the population worldwide and lack of a cure, the number AD cases will grow substantially in the next two to three decadesReplacement of the loss of cells by transplanting a functional neural cells is considered as a possible and may be the best option for reversing the PD symptoms. Likewise, cell replacement therapy for AD can also be done provided the right cell-type can be selected. However, in contrasts to PD, the possibilities in AD are a great challenge because of widespread pathological changes in their brain . Here we will discuss, not only what cells but also why and how our strategic concept would be the best choice for AD cell-therapy. In order to achieve a successful cell-replacement therapy for AD, some important criteria are to be considered. Selection of cells whose growth potential and survival length is acceptable for having enough amount of cells for transplantation, but not a cancer cell.

Thoracoscopic Lobectomy in a Patient with Congenital Factor XI Deficiency

Coronary Artery from the Right Sinus of Valsalva